Internal software solutions are often built when businesses seek tools, such as for project portfolio management, and IT departments believe they have the existing building blocks to create a solution. However, all too often the internal software build fails, here's why...

Having managed your projects and metrics across multiple spreadsheets it's likely that you know all too well the risks associated.

Naturally, it triggers a need among business leaders much like yourself who know that they have to get coordination and visibility from their portfolio as more emphasis is placed on their execution and ROI.

This can then evolve into questions from internal stakeholders, namely IT, around existing systems and their ability to resolve the issues you're seeing.

Should your business be leaning towards an internal solution built from the ground up, or manipulating Microsoft Office, namely SharePoint, to support its needs, here are some facts you should know about why these types of IT projects typically fail, courtesy of entrepreneur.com:

1. There is often insufficient time to complete the project

It’s not uncommon for companies to set unrealistic and arbitrary deadlines for their software projects without adequate data or reason to back up the decisions.

Further, estimates are sometimes made hastily without consultation with the programmers to determine how much time they require for the project.

Insufficient time means sacrificing design and usability for the sake of completion.

In 2016, Innotas found that 55 percent of IT professionals surveyed indicated they'd had a project fail due to lack of time, staff, resources and budget.

The overall success rate has improved somewhat since then, but only marginally.

Many companies simply don’t realize how long a project will take or how much it will cost, and that often leads to unrealistic expectations.

Project specifications should be laid out at the early stages of planning.

Unfortunately, it’s possible that managers and executives weren’t clear on the scope of the project to begin with, thereby leaving developers unsure of what features would be needed.

If the project is built by developers who don’t understand how the software will need to scale, they’ll be unsure as to how to cater to your company’s increasing demands.

This can be combated by involving a business process expert, but that comes at a cost.

4. Too many people assigned to the project

To cope with a lagging schedule, project managers frequently add more team members to a project.

Logically, this should speed up the project, but this can result in failure:


If a project is already late, adding more people probably won’t do anything to rectify that problem, especially if the new staff need to be brought up to speed.

A lack of proper planning leads to little or no testing. When there’s a lot of pressure to deliver on a project at a certain time, testing is typically the first thing to be abandoned.

If the software doesn’t function properly, and features are broken or crash, you’ll have less focus on delivering your strategic goals and more on rectifying the issues.

Testing should also be carried out throughout the entire development lifecycle, with each component tested when completed. This requires additional time.

A lack of time and planning, an absence of resources and an insufficient budget are all common reasons for failures with software.

But the lack of a competent project manager is a particularly key, and recurring, problem.

Communication is a must for completing a project on time, so, without a project
manager, a project will likely become disjointed and ambiguous.

If this person does not exist, there will be a need to hire another staff member.

Want to learn about how i-nexus can support you?

The i-nexus platform is purpose built for planning, executing and tracking the projects and goals that matter to your business.

To learn how i-nexus can help you, watch our on-demand demo by clicking below. 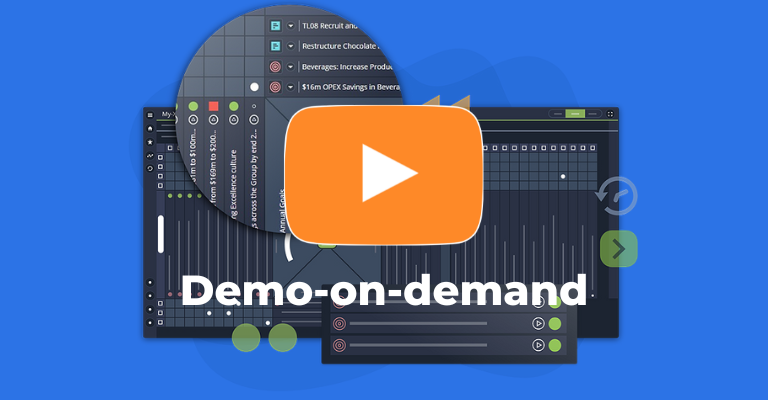 And what’s next on your strategy execution journey? Take your pick from the resources below:

Deborah Biscomb is i-nexus’ Head of Marketing. Deborah has wide-ranging experience of markets such as retail, manufacturing, financial services, public sector, telecommunications, energy and utilities, distribution and logistics. As Head of Marketing, her drive is to raise awareness and understanding of the challenges facing enterprises in controlling their strategy and driving superior results.