The History and Future of Six Sigma

Six Sigma is a concept of continuous improvement that encourages understanding and limiting variation in performance, but what are its origins and how does it continue to evolve?

Six Sigma is a prominent school of thought in continuous improvement. This blog sets out the history of Six Sigma, tracing its roots in 1700 onward.

However, the story doesn’t end there. Instead, I will explore the supporting players in Six Sigma, including DMAIC, Statistical Process Control, demand and the role of the customer as we look at Six Sigma beyond 2020.

I had the pleasure of starting my career in pharmaceuticals where there was already a recognized value in investing in Six Sigma methodologies as a critical component to the company wide Lean Six Sigma driven operating model.

I got to experience first-hand the value of such techniques as Statistical Process Control, Experimental Design and other pretty advance techniques (CuSum Analysis – my personal favorite) to aid investigation and resolution of some pretty high priority and high stakes business problems.

The history of Six Sigma is well-documented, but can be summarized with these milestones:

Six Sigma’s origins lie in Motorola (where the phrase was first heard) in the late 80s, but is also largely associated with General Electric (GE).

Along with Allied Signal and some other companies at the time, GE, under Jack Welch, applied this school of thought with a similar level of commitment that you see in Toyota towards Lean, and it yielded impressive results.

With the clarity of GE’s shortcomings in mind, in 1995 Jack Welch realized that the organization would need to revamp its core operations.

Consulting and working hand in hand with engineers and consultants, Welch highlighted a large amount of defects which had previously been unnoticed, although there was a correlation with missed revenue and product targets.

Fortunately, Welch knew of Motorola’s successes with Six Sigma, and sought out to implement the methodology:

The core principle behind Six Sigma is to understand and eliminate sources of variation.

The term Six Sigma itself relates to a statistical definition of variation associated with the Normal Distribution Curve, a statistical tool invented by Carl Gauss in the 1700s.

The driver for this improvement approach rests on the desire to improve quality and how sensitive that quality measure can be.

The fundamental measure of quality at that time was defects. How much of your product was produced incorrectly and was out of specification and could therefore not be shipped to the customer.

Motorola required a measurement standard that was far more sensitive than current industry norms, so they started looking defects per million opportunities (DPMO).

For the statisticians among you, for a process to be of a Six Sigma level performance that would mean that the vast majority of the output produced (plus or minus 3 standard deviations from the average performance) sat within your specification limits as ‘good’ product.

That equates to 3.4 defects in a million!

Sigma level provides a great measurement system to compare the relative performance of a multitude of different processes.

It also enables a very informed conversation about what the target Sigma level performance should be for processes in your organization when you consider the Cost of Poor Quality (a key measure in this world) with the investment required to achieve a desired level of Sigma performance.

There are some safety critical industries that are invested in their processes to achieve a 9 Sigma level of performance, and others where the cost required to achieve that is not practical or necessary.

The secret to sigma success is focus

In my experience (and as a controversial sweeping, pragmatic generalization) if you are running an organization with a 3 Sigma level of performance or worse, things will be noisy - you will be getting frequent complaints.

A little bit of focus and investment in understanding your processes and results can get you to 4.5 Sigma.

Here, performance has significantly improved, and you are probably getting good feedback from your customers.

In my experience you have now reached a point of inflection, moving beyond 4.5 Sigma is often a significant investment that companies mostly commit to based on their industry.

A shift from 4.5 to 6 Sigma performance will yield some further reductions in reducing the cost of poor quality but you are starting to push against the ‘Law of Incremental Returns’ and it is likely the investment required will be significant.

Improvements are mostly managed through the DMAIC project management framework, which I have covered in detail in another blog, and are mostly linked to a quality, cost or both deliverable.

As I mentioned, I had the benefit of forming my career in the pharma industry. An industry where the cost of poor quality could be fatal.

Here, I worked within a framework with significant investment towards understanding the processes, how capable they were and how they could be controlled to eliminate variation to a high degree.

This involved a fair number of statistical tools and methods which many find a barrier, but I see the potential to replicate this thinking everywhere.

Interestingly, those improvement practitioners with a background that embraced a level of Six Sigma are finding new sources of application.

This includes software such as Robotic Process Automation, AI developments and some of the underlying principles of Agile Software development (A/B testing etc.).

There are many valuable books covering Lean Six Sigma as a general topic, but for those looking to delve a little bit deeper into the topic I would recommend Statistical Process Control by John Oakland, 2007.

Once you grasp and understand control limits and the behavior of a trend under the influence of “normal” variation versus a trend being influenced by either special or common cause variation, a percentage of the hard wiring in your brain will have changed forever!

Those days are gone and have not existed for many years.

Today, industry has capacity to fulfil the customer demand and then some.

The challenge is now commercially driven by winning market share through providing better product to customer in the way they desire (but hold on – isn’t choice a form of variation?).

It is no longer about cranking the volume handle, or ensuring the customers have the choice and design features they desire to ensure your product wins.

More than ever, products must evolve at pace, it is a well-known Voice of the Customer principle that today’s ‘delighter’ is tomorrow ‘minimum requirement’.

As we discussed earlier, businesses with faster flowing value chains and less inventory will be able to implement changes to their product or service much more rapidly for a competitive advantage.

More recently, developments in digital retail channels have not just challenged products to be competitive, but also the buying and service experience is a source of competitive advantage between businesses.

The Service Model / Customer Journey, has been a source of design and improvement focus as a growing discipline over the last 20 years.

The old ways have faced disruption and improvement methods have had to evolve.

Both Lean and Six Sigma have been influenced by significant shifts in industry over the last half a century that have fundamentally shaped how and why these methods are applied.

Historically, as society emerged from the Second World War, and as industrial manufacturing grew across the world, there was an underlying challenge that global demand for products exceeded supply.

If you could produce more, through increasing throughput or reducing the number of defects, the benefit was clear – it got sold.

While Six Sigma’s place in Continuous Improvement is undoubted, and will feature in future blogs, I would be remiss to not mention the other key player in continuous improvement – Lean.

With Motorola, General Electric and Honeywell playing a key role in the growth of Six Sigma, it is the likes of Toyota who have championed Lean, and our overview of the school of thought is required reading for anyone interested in the field of continuous improvement. 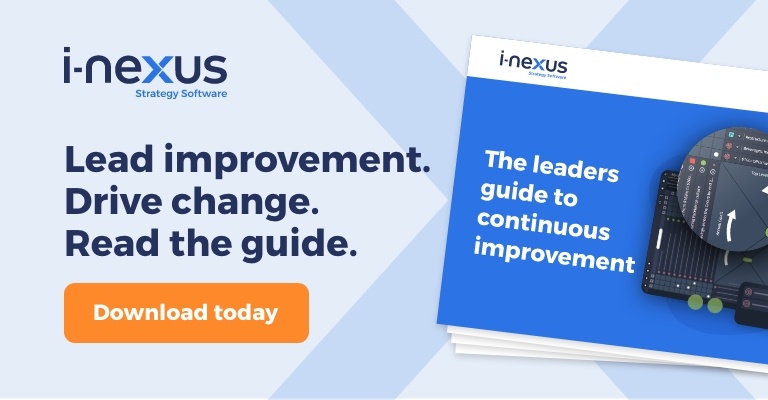 If you’d like to talk more about your strategic challenges, reach out to him on nigel.richardson@i-nexus.com or connect with Nigel on LinkedIn for the latest Strategy Execution insights.

6 continuous improvement and project management trends to watch in 2023 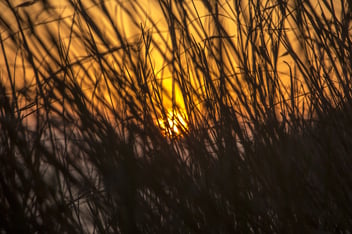 7 ways to better use the software driving your improvement programs